In decision-support applications for autonomous systems, the architecture or topology of Artificial Neural Networks (ANN) is often user-prescribed, thereby leading to sub-optimal prediction models for state-to-action mapping. Additional barriers to effective use of ANNs in autonomous systems decision-support are presented by the lack/scarcity of prior data for labeling, or the prohibitive expense in collecting/generating it at a research lab or small business scale. The “evolution of neural network topologies” or neuro-evolution paradigm that has mostly emerged in the past 20 years offers exciting opportunities to tackle these challenges. However, most neuro-evolution implementations allow the consideration of only a single objective. There also persists the question of how to tractably introduce topological diversification that mitigates overfitting to training scenarios. To address these gaps, we are developing a new neuro-evolution algorithm that borrows the basic elements of the “Neuro-Evolution of Augmenting Topologies” method by Stanley and Miikkulainen (2002), and makes important advancements to the mechanisms of genetic encoding, selection, niching, and mutation.

The preliminary version of this algorithm, designed particularly for small robot path planning problems, is called Multi-criteria Evolution of Neural Topologies for Omniscient Robots or MENTOR. In addition to the changes to the NEAT algorithm, MENTOR also incorporates a new “experience-gain” concept that quantifies the diverse local environment encountered by the robotic system during operation. This concept facilitates the evolution of genes that support exploration, thereby seeking to generalize from a smaller set of mission scenarios than possible with performance maximization alone. 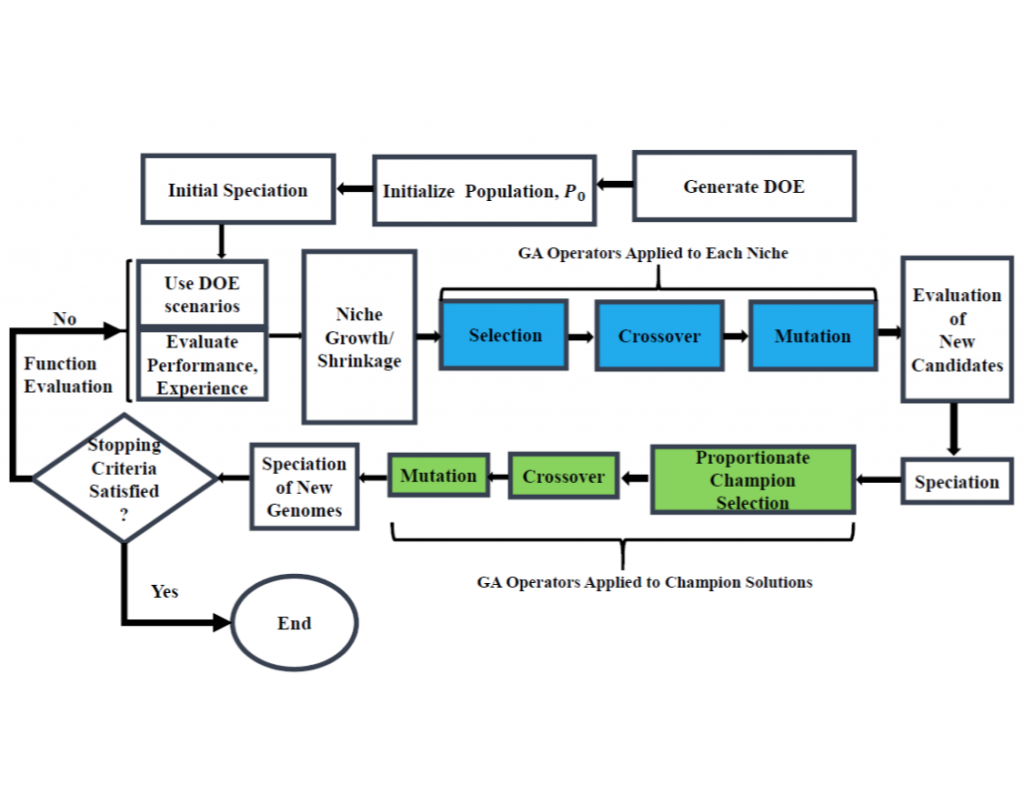