Multi-ability unmanned aerial vehicles have grown attention in the last decade. They also provide the advantage of vertical take-off and landing and forward flight and eliminate the single flight-mode UAV configuration. Despite the multi-ability UAVs growth, the lack of efficient online transitioning mechanism is persistence. In our research, we propose an online reconfigurable UAV design optimization process.

The design encompasses 4 DC motors mounted to two aluminum rotating frames, two power-off brakes and 2 servo motors to actuate the elevens as shown on Figure 1. The proposed transition mechanism is a unique two-step procedure. For hover to forward flight transition, rotors should transfer from a zero-degree angle to 90-degree angle respect to body y axis. The rotation is accomplished in two steps, first it goes from hover to a pre-defined intermediate angle and fly at that angle until it reaches the desired forward flight velocity, which is forward flight cruise speed. And then, it completes the second transition to forward flight mode. 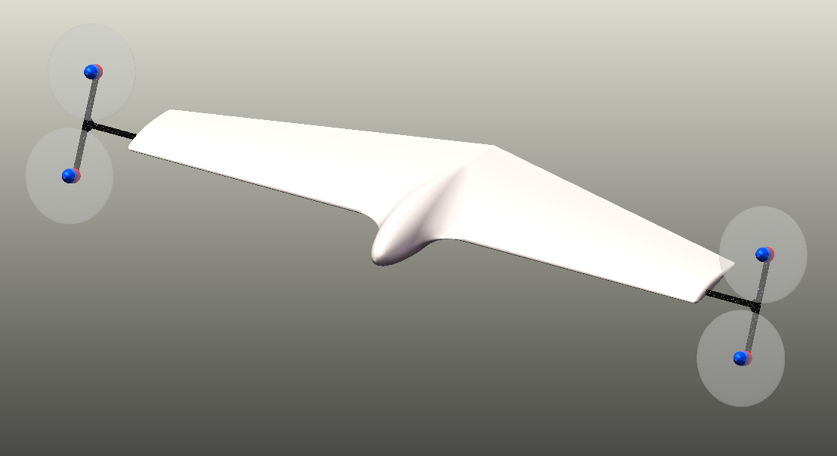 In this research, we optimize the proposed design for specific mission requirements. Scope of optimization process is shown in Figure 2.

Figure 3: Element-by-element Weight & Inertia Calculation, Plus Sketch of The Power System (Single Side